Dusting off my old photos albums, reminiscing about the old days and putting on a slideshow. Grab some popcorn, sit down and enjoy the show.

I spent around 6 months based in Toronto on a working holiday. After spending time in Canada I knew the real meaning of cold! -36C was the coldest I experienced and it hurt just to breathe. Canada is an extremely picturesque place however the climate does not agree with me!

Boarded the Maid of the Mist for an up close and personal view of Niagara Falls. The boat gets as close to the falls as possible.  The spray from the waterfall leaves you saturated, thankfully I was kitted out in a sexy blue poncho!  The town of Niagara Falls is geared up for tourist and is pretty tacky but there are lots of wineries and other attractions in the area. 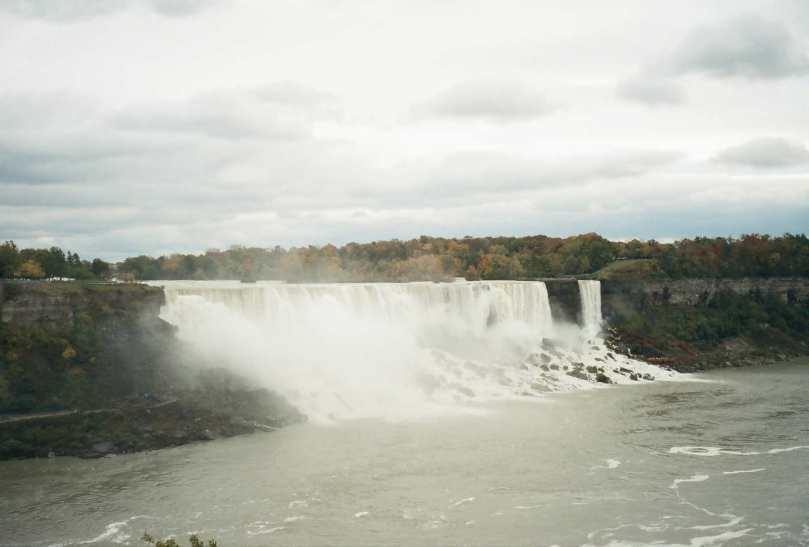 The year I was in Canada the Ice Hockey season was cancelled due to the players going on strike over a pay dispute.  We watched a different league and saw the Calgary Hitman play.  The game is pretty rough with the players slamming each other in the wall. I love watching local sport and soaking up the atmosphere.

Huge mountains is not something you get in Australia so I always find the view stunning and why wouldn’t you! Exploring the Rockies, seeing Elk in the national park and visiting Lake Louise was something I always dreamed off. Mind you I have to go back and see Lake Louise when it isn’t frozen and is a beautiful emerald colour. 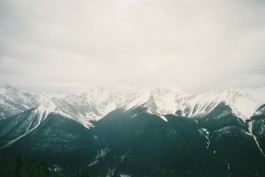 I really wanted to ski while I was in Canada but as I have had a knee reconstruction I didn’t think it was worth the risk of injuring myself. The next best thing was climbing to the top of Mont Royal and taking a ride down the hill on a snow tube. I had no control over the tube and was spinning around but I am pretty sure I had a grin from ear to ear the whole way down!

There was no slacking off on this tour! We had to pick up our dogs by the collar, walk them on their back legs and hook them up to the sled.  Once we were all hooked up it was time to go. My friend Caroline was at the reins and we had no idea what we were doing.  We came a cropper after about 10 minutes into the journey so I took over the reins and thought I was doing pretty well except I was on the wrong side of the road! Well if we were back in Australia it would have been fine!

Caroline had another turn and she fell off the back so I was left by myself being pulled by 6 dogs at 30 kms per hour. I stood up, tried to climb over while the dogs were at full speed to get control. I hadn’t quite go my balance when we went around a corner. The sled went one way and I went another with  my head narrowly missing a tree.

The dogs kept running as they don’t stop for anyone. It felt like I was in an action movie the way I was standing up and climbing over a moving sled!! I am sure it didn’t look as glamours as the Hollywood actresses!

Canada is a spacious country which I soon learnt after taking a road trip from Toronto to Banff. Just a measly 3,500kms we covered!

Have you been to Canada? Do you enjoy the snow?